The Elephant and the Pageant

The Dalada-Perahera in Kandy Sri Lanka in the month of Esela or July as in the Gregorian calendar is when the animal welfare activists and elephant lovers are actively lobbying for the elephant in chains when a colorful nightly parade is on the streets of Kandy.

An annual Cultural and Religious festival that was patronized by the royalty ever since the tooth relic of the Buddha was brought to the island in the 4th century during the rule of King Kirthisiri Meghawanna (305-331 AD). History notes that King Meghawanna decreed that the Relic should be taken round the city of Anuradhapura once a year. Accordingly the beginning of the Dalada Pageant.

However, the Esela Perahera had been an annual event outside the Dalada perahera in relation to the Hindu practices in parading idols of deities in the month of Esela coinciding with the South Indian temple calendars. A practice introduced by the Chola and Pandian invaders who established the South Indian Hindu temple culture in the country.

Esela festivities practiced today is a continuation of these traditional venerations in the four Devalas patronized by the Nayakkara genealogy; the last rulers of the Kandyan Kingdom. It was during the reign of Sri Wickrama Rajasinghe the last king in Kandy that Buddhism was revived and revering the Dalada was decreed with state patronage. Therefore history records that it was Sri Wickrama Rajasinghe who combined the Esela festivities of the four Dewala with the Dalada rituals; speculating if this Hindu King belittled the Dewalas by giving prominence to the Dalada or made equal status to the Dalada with that of the Dewalas? 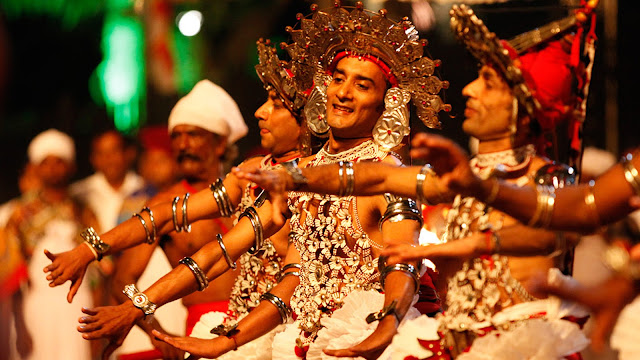 The Kandyan Convention signed in 1815 and the British taking control of the whole island, it still allowed the continuity of the Esela Perahera noting it to be a Buddhist Festival. The colorful pageant continued with its uniqueness in the whole of South Asia with various performing dancers and drummers and over hundreds of caparisoned elephants also taking part.

Sri Lanka is one of the three island nations where the Asian Elephant breeds in the wild.  The elephant needs a large extent of land to roam, the country traded its elephants for centuries accounting for economic and conservation reasons. However with the British opening the land for tea and coffee plantation they almost destroyed the elephant to extinction resulting in confining it to the dry zone of the country.

Today the fate of the elephant in the wild is pitiful and the human-elephant conflict a major issue resulting in about 50 human deaths and over 150 elephant deaths a year. The world today is different and the trading in wildlife is controlled or banned with international conventions such as CITES (Convention on International Trade in Endangered Species of Wild Fauna and Flora) and the Sri Lankan elephant in an island is losing its limited wild habitat.

As a means of mitigation, various scientific approaches have been introduced, confining them to determined areas by means of electrical fencing, etc. The elephant is an intelligent animal and is clever to negotiate such fences and venture out for crop-raiding and confront gunfire, never to return on most occasions. Losing its habitat makes them wander about for fodder and water colliding with nightly trains that ply almost in darkness.  With no more international trading possible there were attempts to keep the numbers down by donating animals for cultural needs, as in pageants and as goodwill ambassadors to friendly nations. This too has aroused the concern of animal activists the world over. The cruelty in the ‘Crush or Phajaan’ in the splitting of the will of a captive elephant is thought to be the most disheartening ordeal that the captive elephant has to undergo.  However, it is noted that cruel methods practiced in Burma and Thailand even now was not the way it was in dealing with the captured elephant in Sri Lanka. Nevertheless, this practice should not take place under any condition.

The Esela Perahera today is an annual event where almost all the captive elephants in the country are scheduled to take part. In the past, these animals trekked the tarred roads in the scorching heat of the day and the cold nights for months to be on time for the event. But today they are trucked to Kandy in a few hours on purpose-built vehicles. An achievement on the part of animal welfare reducing the cost of walking an elephant for months.

Conducting perahera since the Kandyan Convention in 1815 is a collective responsibility of the Diyawadana Nilame, the chief lay custodian in the Temple of the Tooth and the Basnayake Nilames of the four Devalas. The main issue today is the elephant needing to have fetters to its hind legs, limiting free movement  for almost 2.5hrs. This is due to a few isolated incidents of elephant furies in the past and today’s priorities on safety. Therefore it is a mandatory requirement for a veterinary screening of the animal and to have fetters on its hind legs.

If one is to go back to view some of the ancient pageants now available in social media in the 19th century the elephants are free walkers sans any fetters. Therefore the Kandy Esela Perahera today is the main topic of discussion in social media concerning the welfare of the elephant. However, there is lobbying on both sides; some say it is a cultural event and the need for its continuity overlooking the suffering and the supposed animal torture. Others call for an end to the event in total, highlighting the ordeal the elephant undergoes with the continuous drumming and the discomfort of the weight of the garment on the animal, stress due to the illumination from light bulbs in the garment and the naked flames carried on the flanks recalling the past when the streets were dark with no lighting.

However in modern times, this event goes beyond a traditional ritual. The 'Dalada Perahera' is one of the most lucrative festivals in the temple today. A travelers festival that generates a lot of income to the government being a tourist attraction. Some tourists have even disapproved the event saying; with no offense to any religious aspect, the festival is found to be cruel and primitive to say the least, where a seat to watch the pageant is sold at $70 USD and it seemed like this whole charade was just another way to make money off the tourists.

This is certainly true and the Temple of the Tooth and the Government are both in a different rationale with regard to the traditional Esela Perahera today.  Therefore any resistance towards the Dalada Perahera would only mean to articulate the issue with the elephant, to that of opposing a national interest. Abolishing the Esela perahera or eliminating the elephant from it would only mean a loss of a religious and national tradition practiced by a community…  that is how the politics behave in this country today?

Therefore it could be said that the helpless elephant will parade the streets of Kandy for many more years, just as it did during a thirty-year war and today with nobody on the streets, amidst the global crisis of COVID 19.

Posted by UDITHA WIJESENA at 7:44 PM 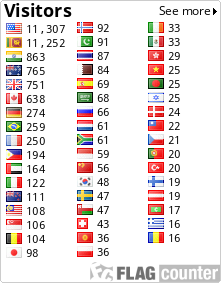